Despite the decline in bottom-line, bank has proposed a final dividend of 40 kobo per share to its shareholders, in addition to 25 kobo interim dividend paid earlier, making a total of 65 kobo for the financial year.

Commenting on the results, Group Managing Director of Access Bank Plc, Herbert Wigwe, said: “Our operating performance in 2017 was impacted by the residual effects of macro-economic conditions of 2016, characterised by slow economic expansion and adverse credit conditions, which resulted in making conservative provisions on our loan book. Despite the macro and regulatory headwinds, our underlying business remained strong as reflected in the gross earnings growth of 20 percent to N459 billion in 2017. We grew our loan book to position it for improved earnings, whilst driving deposit mobilisation from targeted segments to diversify our funding base.”

According to Wigwe, the year 2017 was pivotal for the bank, as it concluded its 2013-2017 corporate strategic plan. “Its successful implementation was hinged on discipline, hard work, and an unwavering commitment to our set objectives. I am particularly excited about the next phase of the Bank’s evolution centred on an integrated global franchise. The execution of the 2018-2022 strategy commences with focus on deepening our retail offerings, underpinned by strong digital and payment solutions,” he said. Source:© Copyright Thisday Online 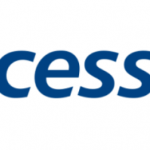